Heritage Montessori School is one of California’s first Montessori schools, serving children ages 2 – 10 with nurturing and holistic educational programs that focus on the whole child.

“Heritage” signifies our personal connection to Dr. Maria Montessori, the creator of the educational method that bears her name. Our Head of School is a third-generation Montessori practitioner with roots running directly back to Dr. Montessori through her mother and grandmother.

The matriarch of our organization, Ms. Maria Peerzada, lived and worked alongside Dr. Montessori in India when she was involved in extensive research on early childhood development.

It was 1939 when the first Montessori course was organized for 50 teachers.  Ms. Peerzada recalls that the “training class” had to be moved to a flimsy tent with a thatched roof when more than 300 trainees appeared at the scheduled time.  Maria Montessori would speak in Italian, and her son Mario Montessori would translate the lectures into English.

Ms. Peerzada, who participated in both the Primary and Advanced Courses under the personal direction and tutelage of Dr. Maria Montessori and Mr. Mario Montessori, worked as a teacher and later as a directress in the model school that Dr. and Mr. Montessori started in Kodaikanal.  The Kodaikanal school was intended to serve as an observation school for the students enrolled in the Montessori courses.

Ms. Peerzada’s daughter, Qudsia, was Maria Montessori’s only God-child and was gifted a special strand of rosary beads by her.  When Qudsia was a young child, Dr. Montessori would ask her to repeat special movements and tasks to observe her. The observations of Dr. Montessori during this time period were the basis for her book The Absorbent Mind.

Qudsia, of course, learned much about the Montessori pedagogy directly from Dr. Montessori.  She also took the Montessori teacher training course from A.M. Joosten and was granted a diploma by the Association Montessori Internationale. After receiving her master’s degree in Education from Boston College, Qudsia worked with Nancy Rambusch to start the Whitby School in Greenwich, CT, in 1958. Rambusch founded the American Montessori Society (AMS) in the following years.

Since Dr. Montessori’s death in 1952, the interest and validation in her method have continued to spread throughout the world.  She left behind a wonderful legacy, a philosophy of life, a unique education method, innovative material to educate, and a system of training teachers. Her message to those who emulated her was always to turn one’s attention to the child – “follow the child.”

Today, Heritage Montessori carries Dr. Montessori’s work into the twenty-first century for thousands of children in the Orange County area. With our history and connection to Dr. Montessori, we provide a classic Montessori experience that benefits the whole child that will prepare them for a bright future. 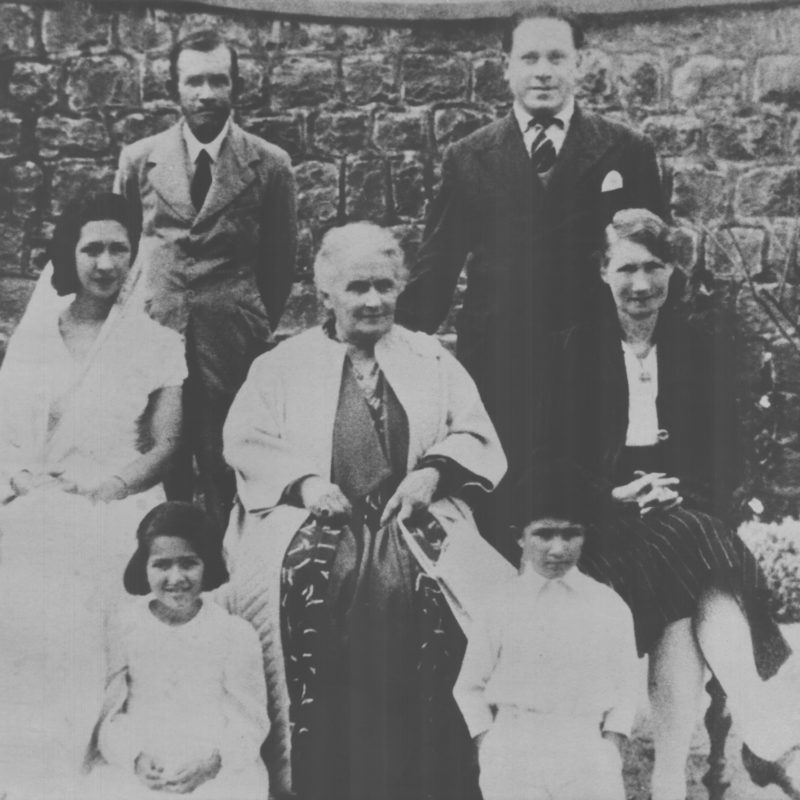 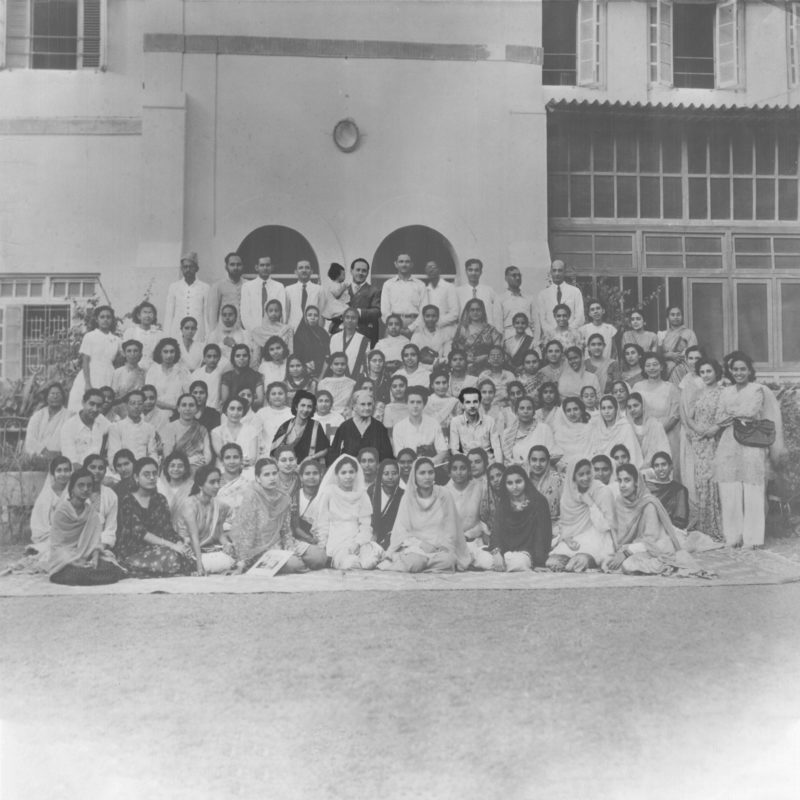 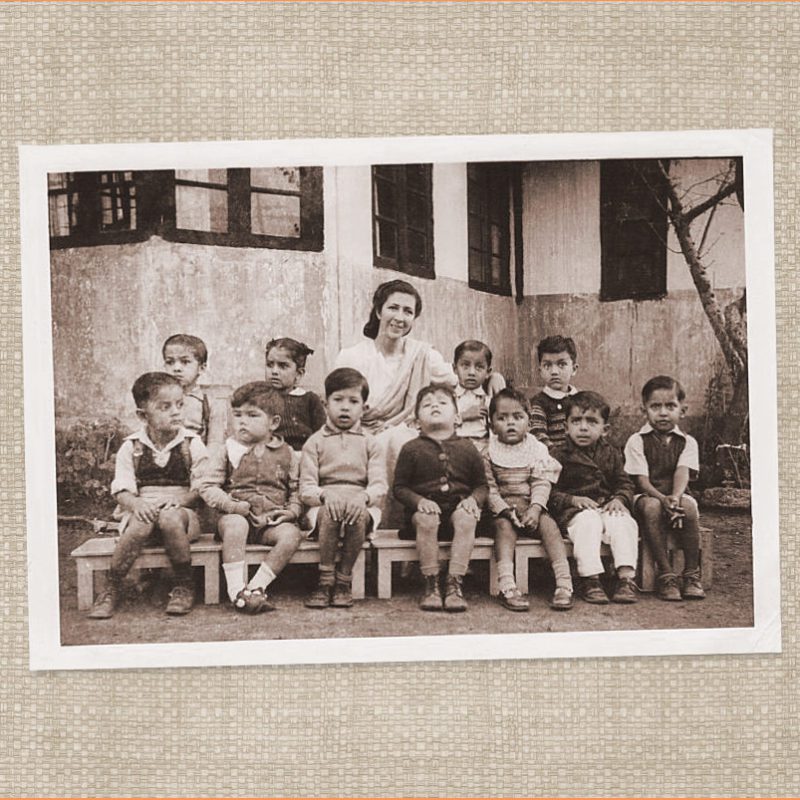 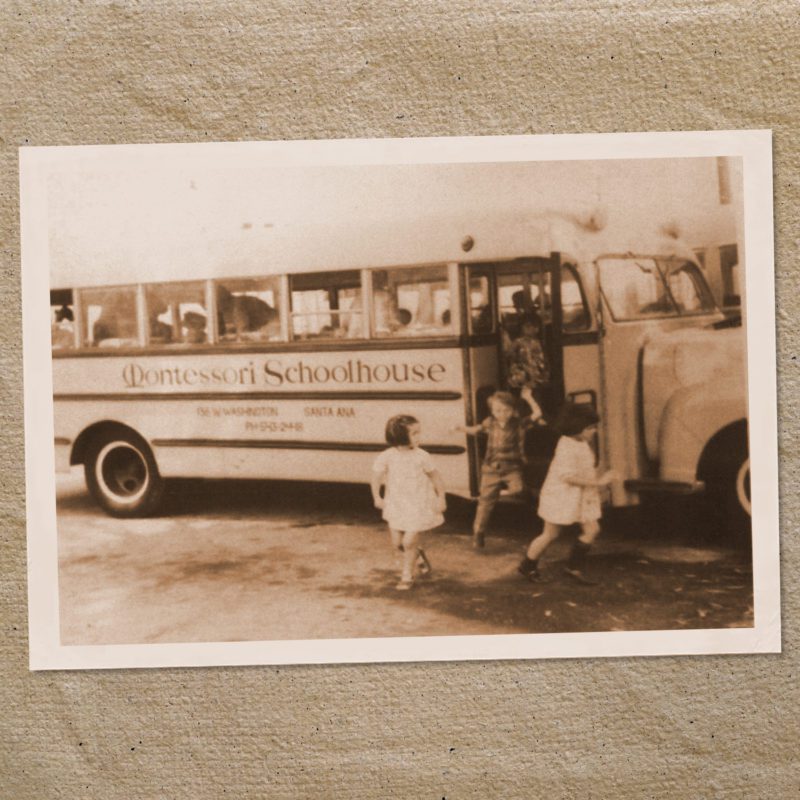 School bus from the first Montessori School in Orange County, started by our founder. 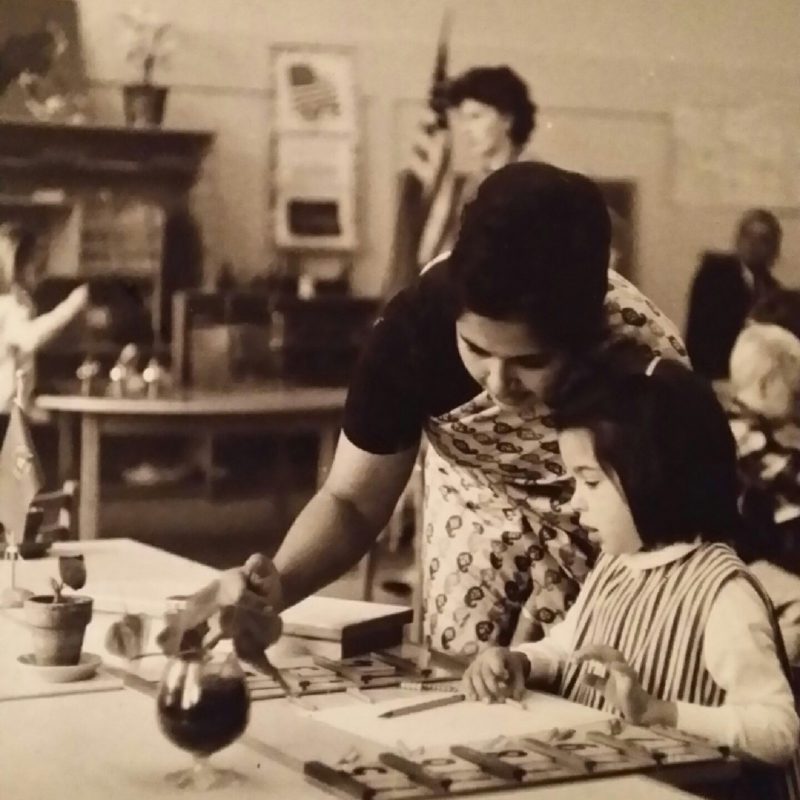 Our founder working with a Montessori student. 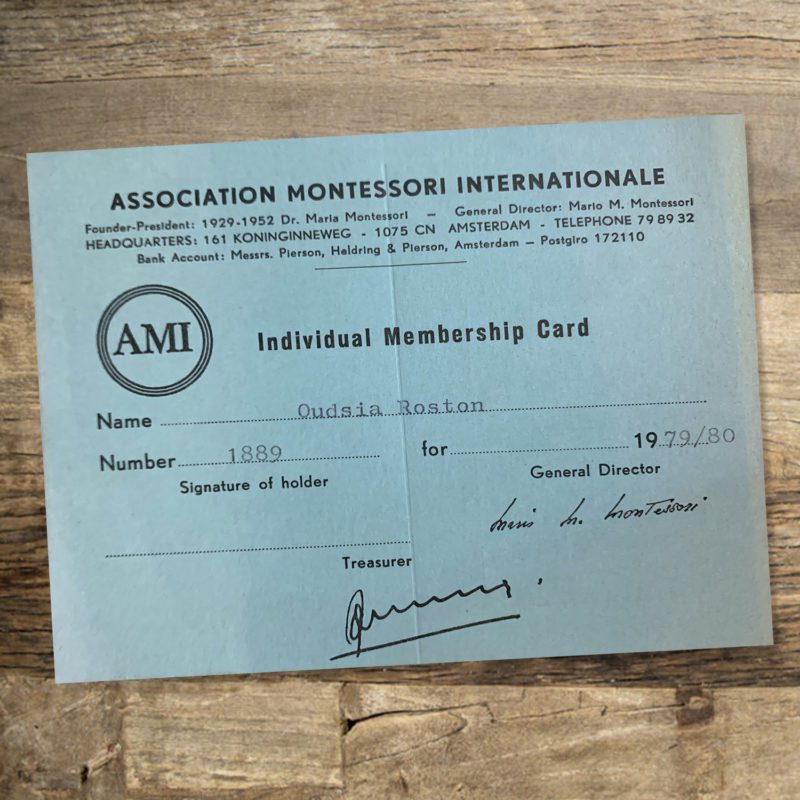 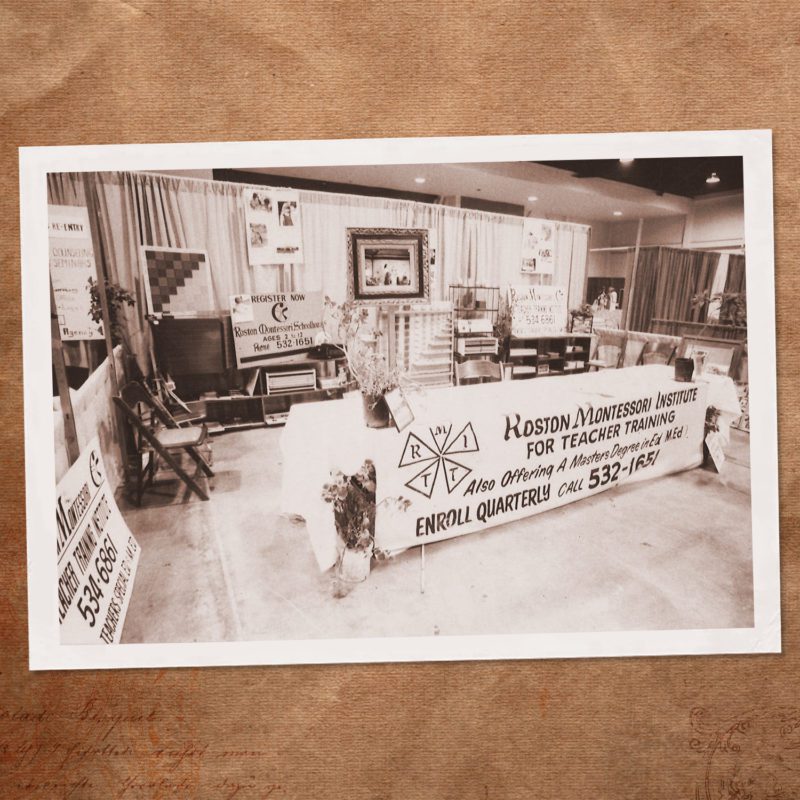 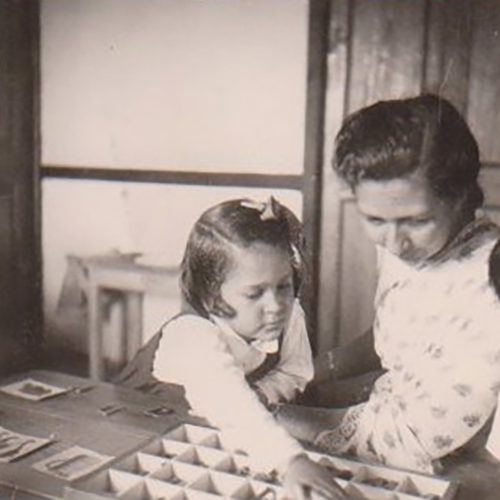 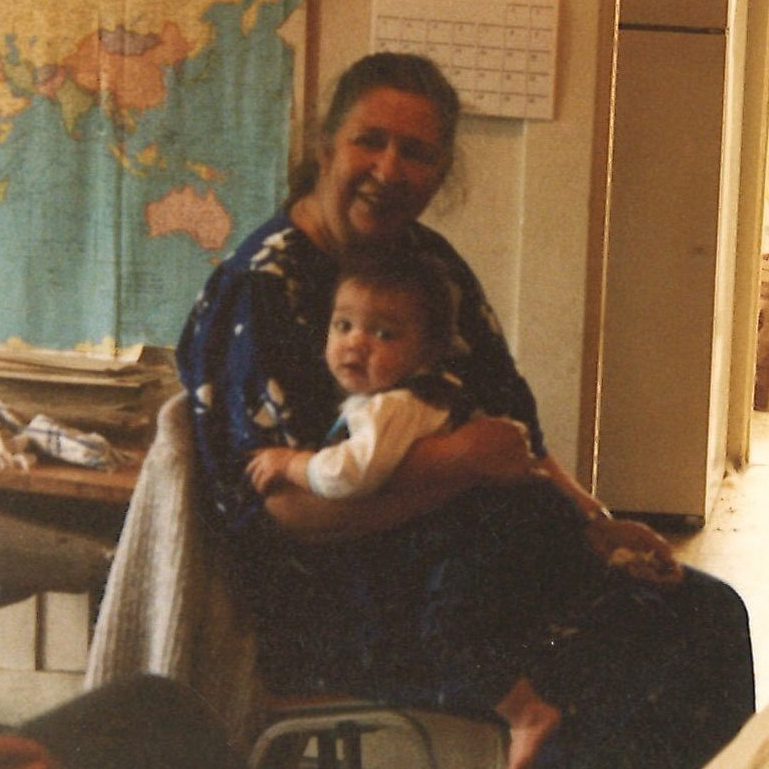 Fourth generation Montessorian in the arms of our founder’s mother, Maria Peerzada. 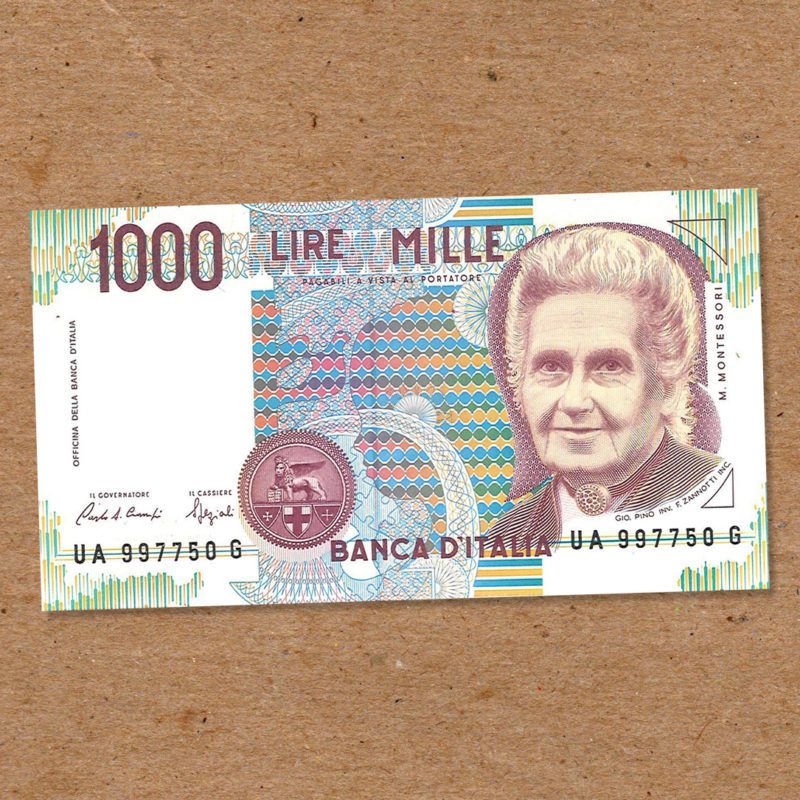 In 1990, Italy commemorated Dr. Maria Montessori’s accomplishments with her image on the 1000 lira banknote. 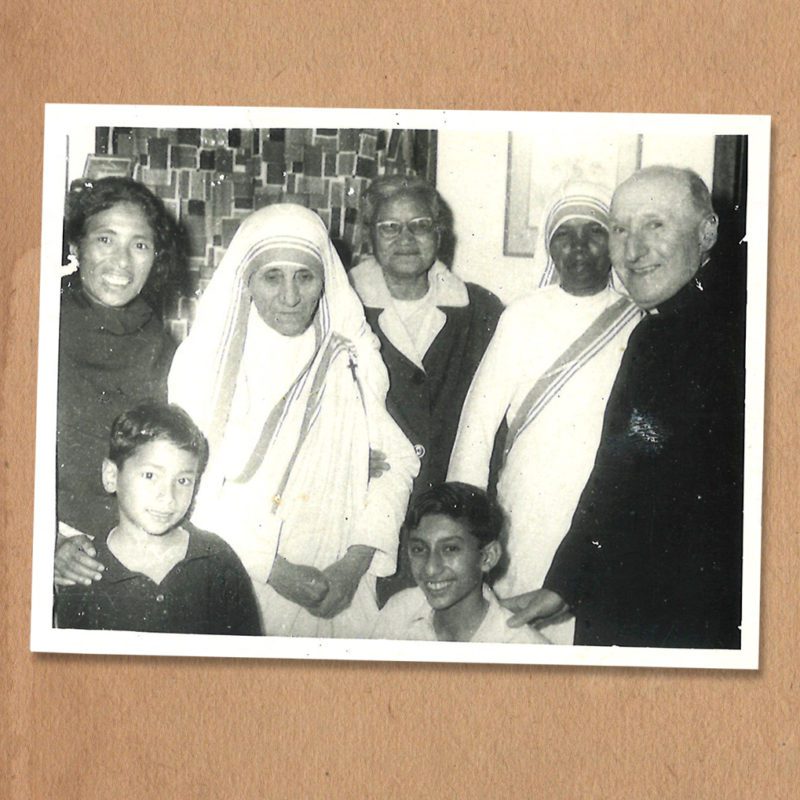 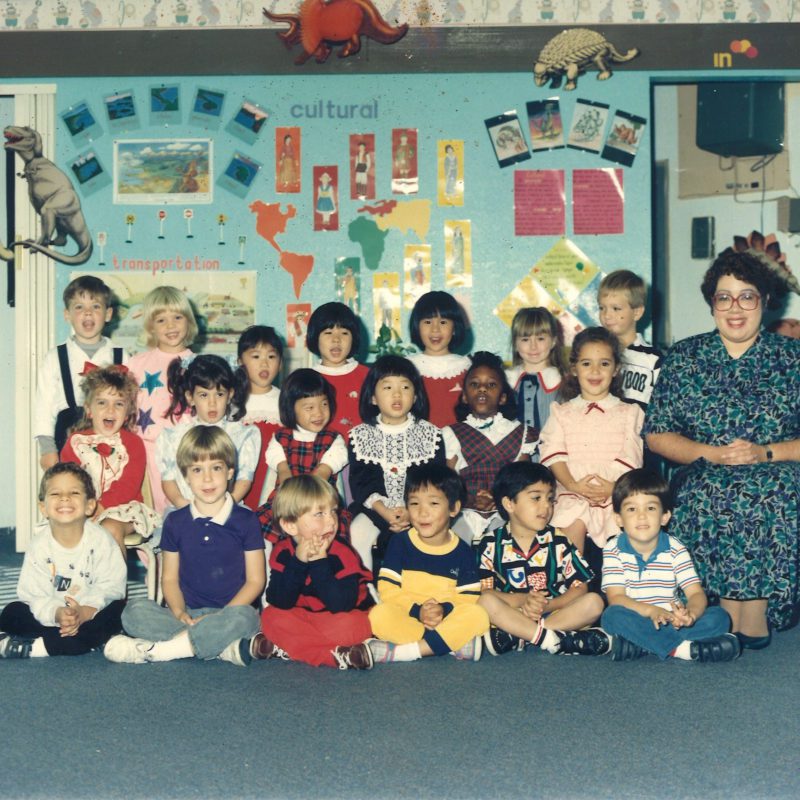 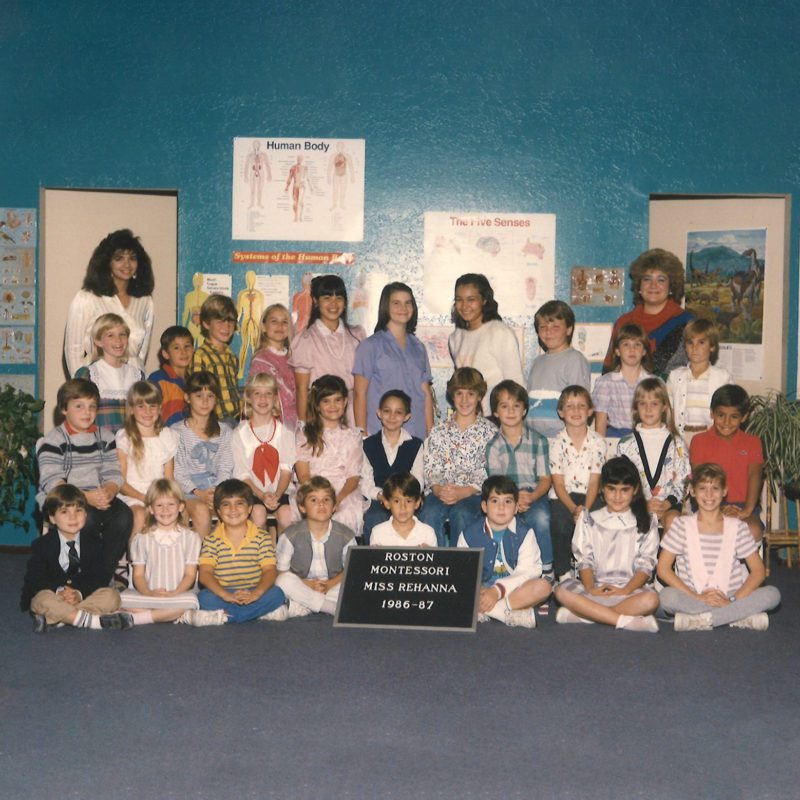 Ms. Rehanna with her Montessori students many years ago. 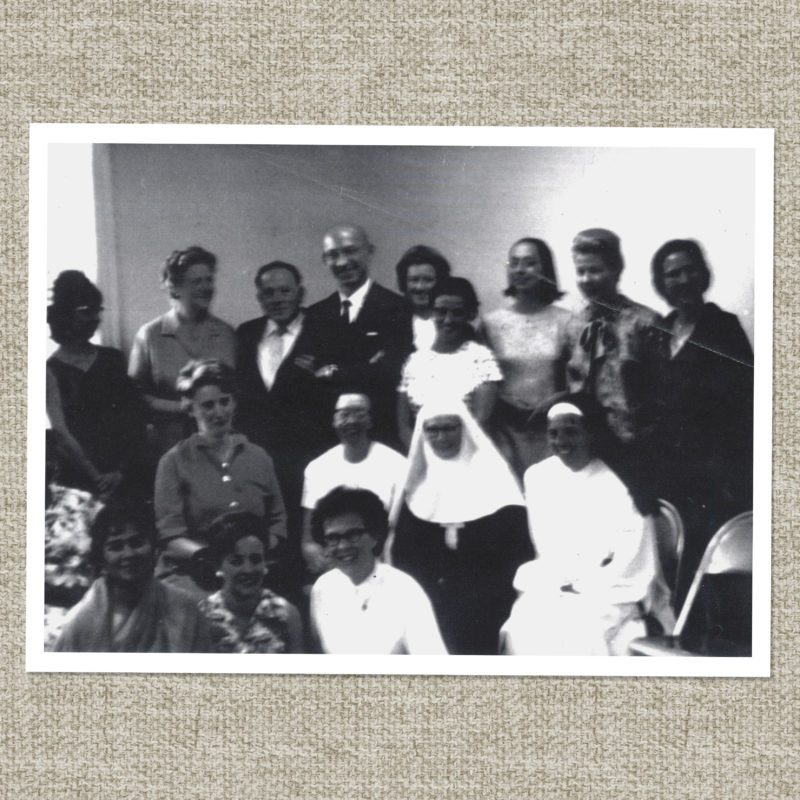 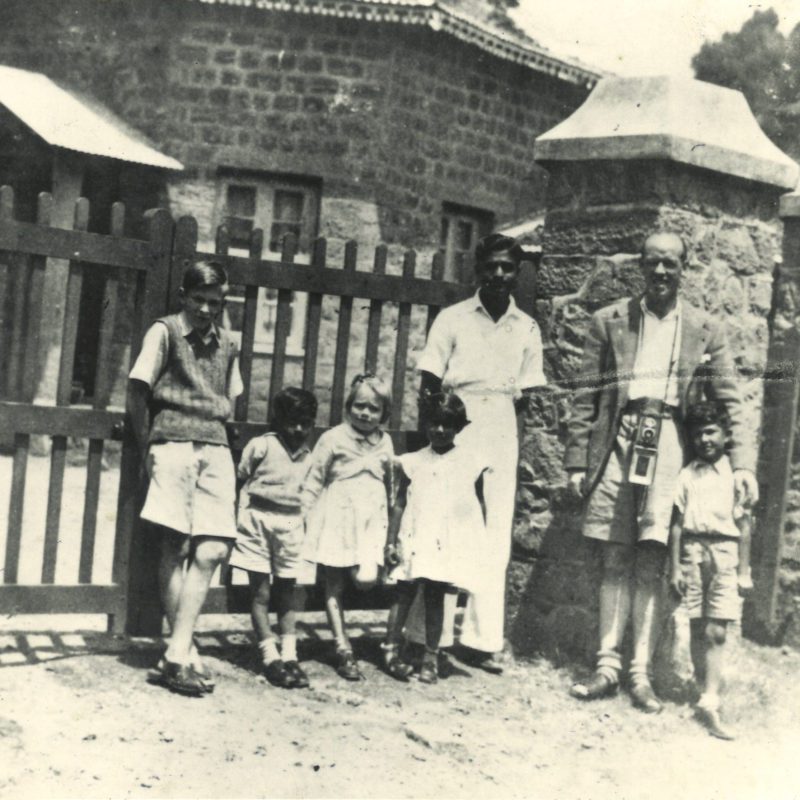 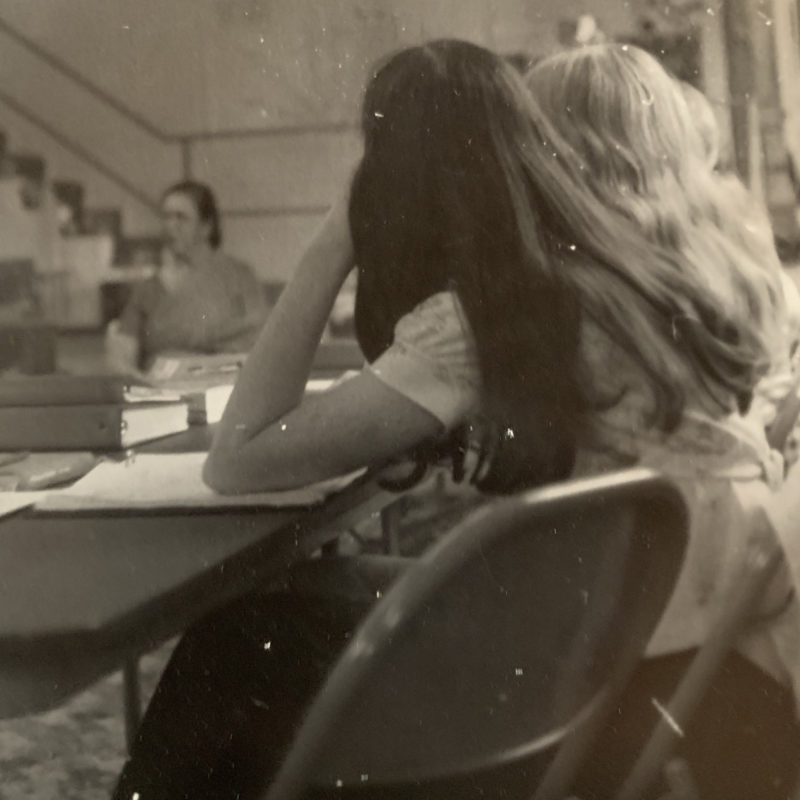 Our founder’s mother conducting our teacher training program and a third generation Montessorian attending her class. 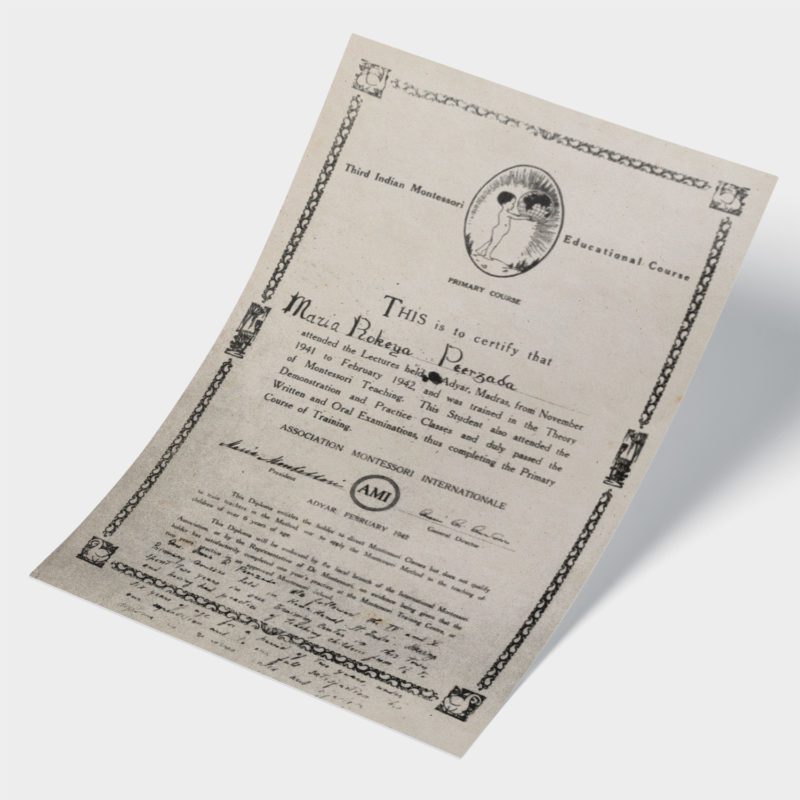 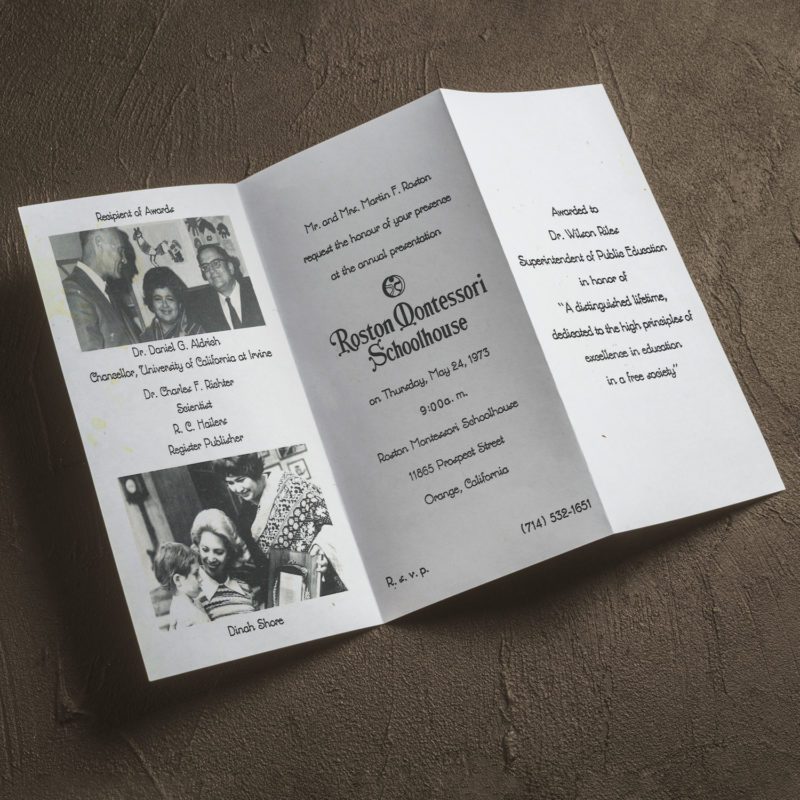 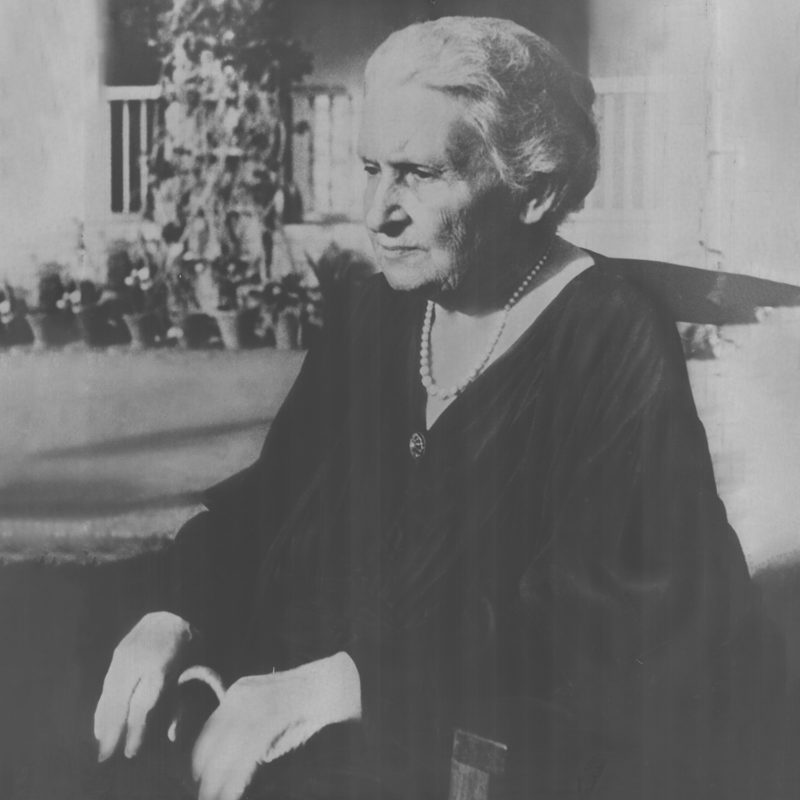 Personal photo of Dr. Maria Montessori while she was living with our founder. 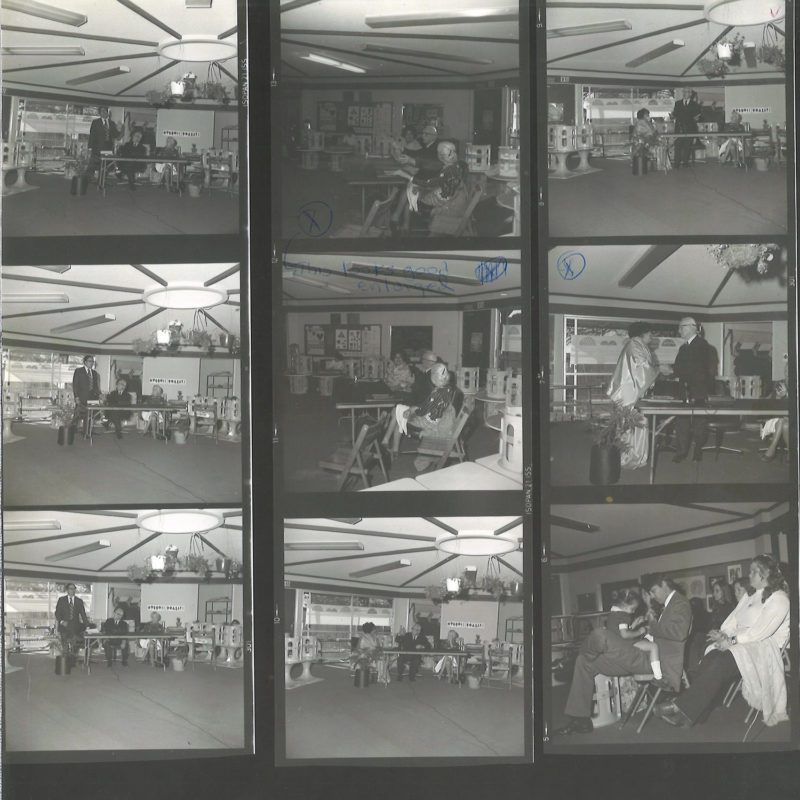 Our founder giving Buckminster Fuller, 20th century inventor and visionary her Man of the Year award. 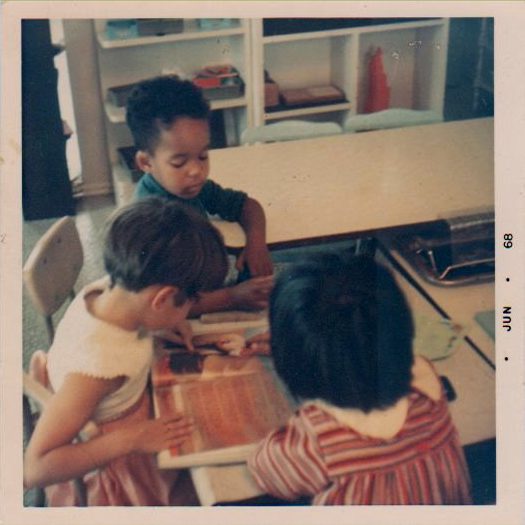 Montessori students working in a classroom in 1968. 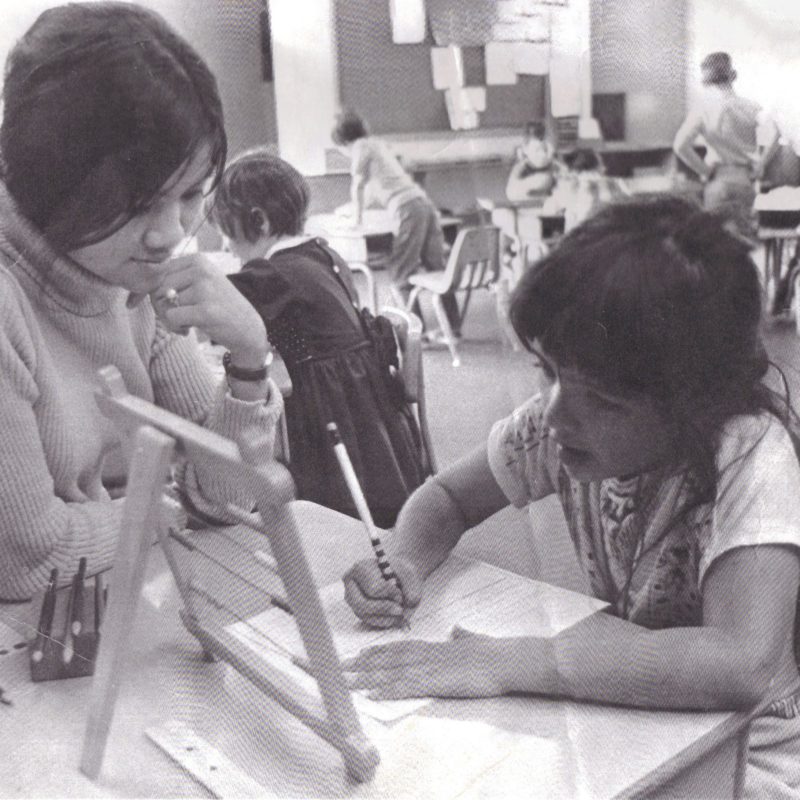 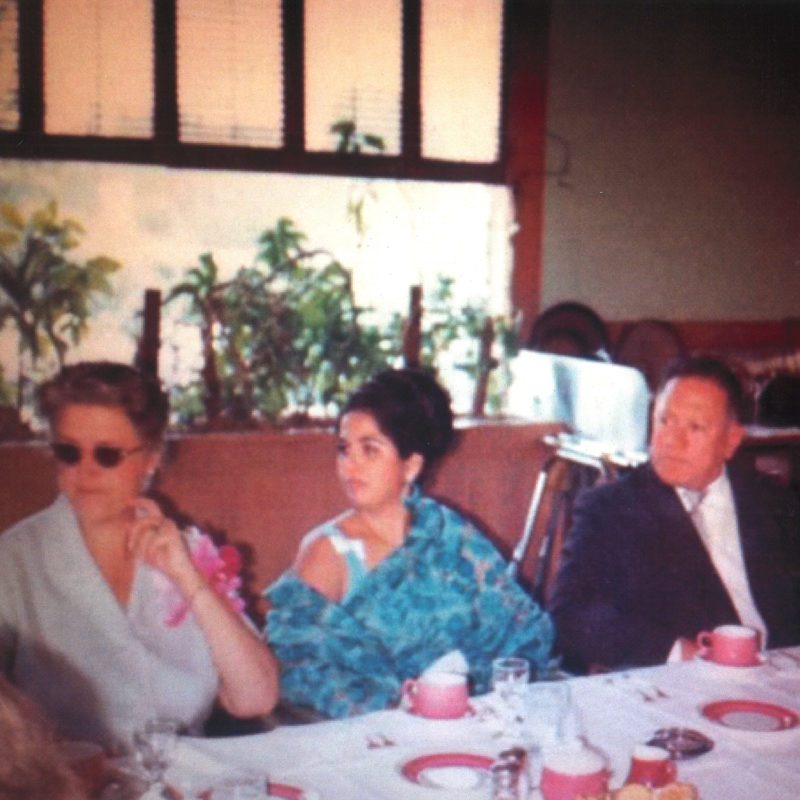 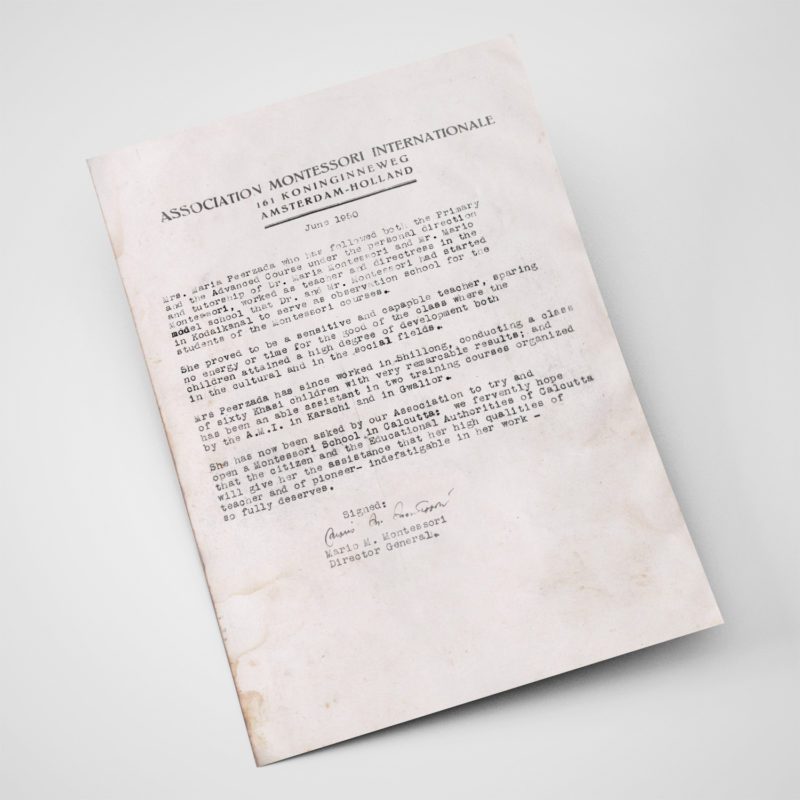 A letter of recommendation Mario Montessori about our founder’s mother. 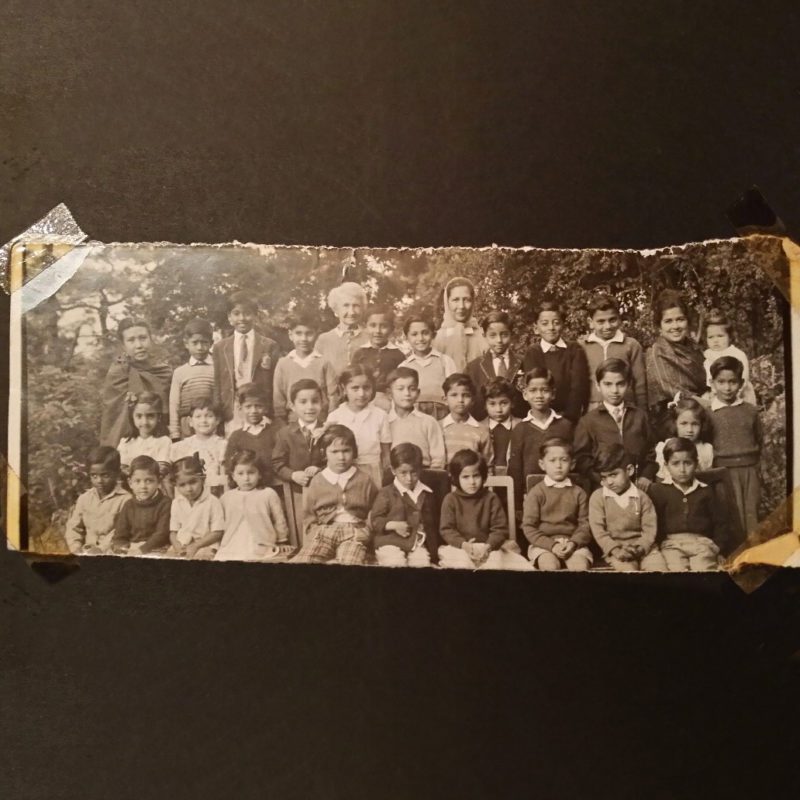 Our founder, her daughter, our founder’s mother and her mother (our founder’s grandmother) pictured with Montessori students in the model school in Kodaikanal, India.